The felony prevented him from landing jobs, gave his wife doubts about tying the knot and cast a shadow over his typically sunny outlook on life.

So when an opportunity arose to reduce his record to a misdemeanor under the voter-approved law that legalized recreational marijuana last year, Schlauch wasted little time getting to court.

“Why should I be lumped in with, you know, murderers and rapists and people who really deserve to get a felony?” he asked.

This lesser-known provision of Proposition 64 allows some convicts to wipe their rap sheets clean and offers hope for people with past convictions who are seeking work or loans. Past crimes.

“Whether we agree with the law or not, our job is to enforce it. It's the right thing to do. If someone's in custody and they shouldn't be in custody anymore, we have an obligation to address that.”

While the state does not tally the outcomes of those requests, prosecutors said they have not fought most petitions.

Marijuana legalization advocates, such as the Drug Policy Alliance, have held free legal clinics to help convicts get their records changed. Lawyers who specialize in pot defense have noted a steady flow of interest from new and former clients.

Attorney Bruce Margolin said he got two to three cases a week, many of them decades old.

Margolin has spent most of his five-decade career fighting pot cases and pushing for legalization of marijuana, even making it a platform for unsuccessful runs for state Legislature and Congress.

A coffee table in the waiting room of his office is covered with copies of High Times magazine, a book called “Tokin’ Women,” a history of women and weed, and copies of Margolin’s own guide to marijuana laws in every state. His office in the back of a bungalow in West Hollywood has the faint whiff of pot in the air. 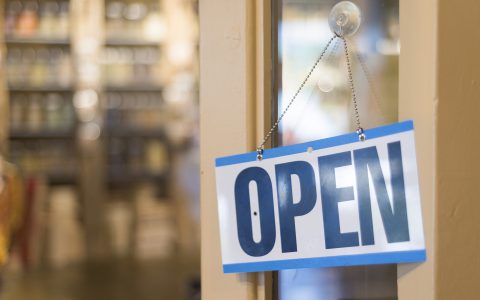 Since the passage of Proposition 64, he’s gotten convicts out of prison, spared others time behind bars and successfully knocked felonies down to misdemeanors.

But he’s also encountered a lot of confusion about the law that went into effect immediately in November.

“They were totally unprepared,” he said of judges and prosecutors in courts he’s appeared in throughout the state. “It’s amazing. You would have thought they should have had seminars to get them up to speed so we don’t have to go through the process of arguing things that are obvious, but we’re still getting that.”

That has not been the case in San Diego, where prosecutors watched polls trending in favor of marijuana legalization and moved proactively to prevent chaos, said Rachel Solov, chief of the collaborative courts division of the district attorney’s office. They learned lessons from the 2014 passage of Proposition 47, which reduced several nonviolent felonies to misdemeanors.

“I don't see any reasonable risk of danger. It seems like he's entitled, the petition is granted.”

Prosecutors in the county researched which convicts serving time or probation were eligible for sentence reductions and notified the public defender’s office so they could quickly get into court. Many were freed immediately, Solov said.

“Whether we agree with the law or not, our job is to enforce it,” Solov said. “It’s the right thing to do. If someone’s in custody and they shouldn’t be in custody anymore, we have an obligation to address that.”

San Diego County led the state with the most number of petitions reported in the first two months after the law was passed. It has reduced sentences or convictions in nearly 400 cases, Solov said.

In Mendocino County, where pot farming is big business and violent crimes are often tied to the crop, District Attorney C. David Eyster said he fights any case not eligible for a reduction, such as applicants with a major felony in their past, a sex offense or two previous convictions for the same crime.

He said he would also fight a reduction if someone is caught cultivating weed while committing an environmental crime, such as stealing or polluting water. Otherwise — in a quirk that has some in law enforcement baffled — someone caught with two plants or 2,000 would both face a misdemeanor.

“This is one of those areas where size doesn’t matter,” Eyster said.

When it came time for Schlauch’s hearing this winter, he showed up an hour early at the Van Nuys courthouse. He was anxious but optimistic as he paced the hallway clutching a folder with letters praising him for doing volunteer work with veterans, working with children with disabilities at a martial arts school and earning a nursing degree long after his run-in with the law.

The case was so old that the court file was incomplete.

A prosecutor rifling through papers wondered whether he was eligible for relief. He had 8.5 pounds of marijuana, she said. The file noted psychedelic mushrooms were also found, and she questioned whether the discovery of guns made him a threat.

Schlauch, 58, was never charged with a gun offense. He said the registered weapons were unloaded and locked in a safe. His only conviction was for possession with intent to sell marijuana, Margolin said.

The judge flipped through the fat penal code book to review the new law.

“I don’t see any reasonable risk of danger. It seems like he’s entitled,” Judge Martin Herscovitz said. “The petition is granted.”

It barely took five minutes to lift a weight he had carried so long. He never had to say a thing or show he had turned his life around. He bounded from the courtroom, elated.