Along with falling prices and impending government regulation, much of the shop-talk among northern California’s outdoor marijuana farmers last fall concerned sexual assault and human trafficking.

That September, just as outsiders were beginning the annual pilgrimage to the Emerald Triangle in search of the seasonal, well-paid, all-cash work of harvesting and trimming that year’s crop—“trimmigrant” season, as it’s commonly known—the Bay Area-based Center for Investigative Reporting published a troubling warning: Trimmigrants, lured by laid-back vibes and the potential to make $200 or more per day, were encountering widespread sexual violence.

For years, there had been stories of women being raped or assaulted while working on remote farms on isolated hilltops, far away from the reach of law enforcement—with the perpetrators rarely facing justice of any kind. These stories, according the Reveal investigation, were true. “I’m just so tired,” Maryann Hayes Mariani, a coordinator for the North Coast Rape Crisis Team, told reporter Shoshana Walter, “of pretending like it’s not happening here.”

Amber and Casey O’Neill are a married couple who farm organic produce as well as dispensary-grade cannabis on a ridgetop plot in Mendocino County they call Happy Day Farms. Like almost everyone else he knows, Casey read and discussed CIR’s report with a mixture of sadness, disgust—and resignation.

The cannabis industry has more than a few open secrets, and this—abuse of the seasonal workers—is one of them.

“There’s a lot more bad shit happening than there should be,” O’Neill told Leafly News. One reason why is because “we’ve been totally unable to self-regulate,” he added. “We’ve done a terrible job of it ourselves. We’ve not been able to have hard conversations about land use and worker treatment.”

But with cannabis legal in California for all adults 21 and over, and with the state preparing for a retail cannabis market worth $10 billion or more, lawmakers in Sacramento are beginning to force the conversation.

Beginning on Jan. 1, 2018, farmers like the O’Neills who want to participate in the regulated market must obtain a state license. Under a new proposal speeding through the state Assembly—introduced by Assemblyman Jim Cooper (D-Elk Grove) in response to CIR’s report—all license-holders would need to send at least one employee through a 30-hour-long, state-approved, sexual-harassment and workplace-safety training course.

The bill, AB 1700, is sponsored by the United Food and Commercial Workers, a major national labor union with designs on the legal marijuana industry. UFCW already organizes workers in retail dispensaries, most of which are in the state’s densely populated coastal cities, but organized labor has yet to make inroads with the rural outdoor farm community.

Just how big the problem is, and what to do about it, depends on who you ask—and how honest they’re willing to be.

“It’s like spousal abuse,” Casey O’Neill told Leafly News. “People are generally uncomfortable talking about it—and the ones doing it are definitely not talking about it.”

RELATED STORY
How Many Jobs Depend on Legal Cannabis? We Did the Math

Many established cannabis farmers like the O’Neills take advantage of their reputations to hire the same experienced hands year after year. Other, less scrupulous growers often recruit their trimmers from the side of the road, driving miles up one-lane roads to mountaintop plots far outside of cell-phone service.

Both work and pay can be irregular, subject to the whims and moods of the grower. With not a lot else to do, sexual relationships—between growers and trimmers, between trimmers and trimmers—are common.

As Men’s Journal recently documented, the experience can be hair-raising, even for male veterans with military service in Iraq and Afghanistan. Most of the abuses seem to fall on women, who, more often than men, are sometimes paid less than initially promised—or not paid at all.

So far in the Emerald Triangle, there’s been much less buzz about AB 1700—and serious doubts as to whether it will have the intended effect.

The line from farmers like O’Neill is that the abuses CIR documented happens most frequently on farms that sell their cannabis on the illegal market. And it’s not likely those farms, already far outside the law, will seek state licenses. If they don’t, the farmers wouldn’t be affected by AB 1700. Neither will their workers.

As the price of wholesale cannabis drops further, and the cost of going legal rises with every new regulation, the illicit market becomes more and more alluring.

“This is the type of good labor policy our members feel good about,” said Hezekiah Allen, a former outlaw marijuana farmer in Humboldt County (and O’Neill’s former roommate at college) who is now executive director of the Sacramento-based California Growers Association. “But I think this legislation won’t do anything to address the more extreme, clearly criminal types of abuses.”

Having an OSHA-trained worker on site will likely address the more quotidian workplace abuses, the types of slights any fast-food or minimum-wage retail worker would recognize: long hours, no breaks, no overtime.

But rape, sexual assault, and human trafficking—crimes nobody should need a safety course to recognize as a crime—will require much more than training to address, Allen said.

“Everybody knows not to commit sexual assault,” he said. “That’s not a gray area. Those more extreme cases—that’ll take a significant shift in the relationship between growers and law enforcement. When we feel comfortable calling law enforcement and reporting a crime, we’ll call in to report crimes.” 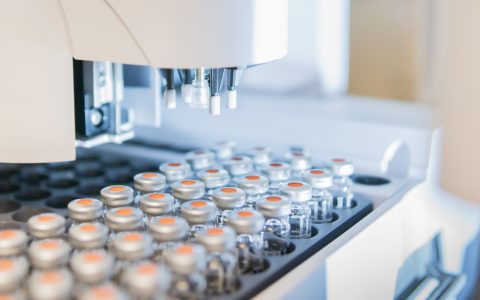 Eventually, most industry observers say, trimmigrants arriving with scissors will be replaced by seasonal workers arriving with tax forms. Instead of cash under the table, employers will be required to pay into worker-compensation funds and cover employees’ Social Security contributions.

But regardless of that shift, if a worker goes to an off-the-map farm, in search of off-the-books pay, they are entering a fraught environment.

Even if the bill does pass, workers involved in this fall’s harvest won’t be affected by it. For them, trimming will remain “a total crapshoot,” according to O’Neill—one that idealistic travelers in search of marijuana and some money should think twice about playing.

“We always tell people, ‘If you don’t know somebody here, don’t come,’” he said. “You’re way more likely to end up in a dangerous situation.”